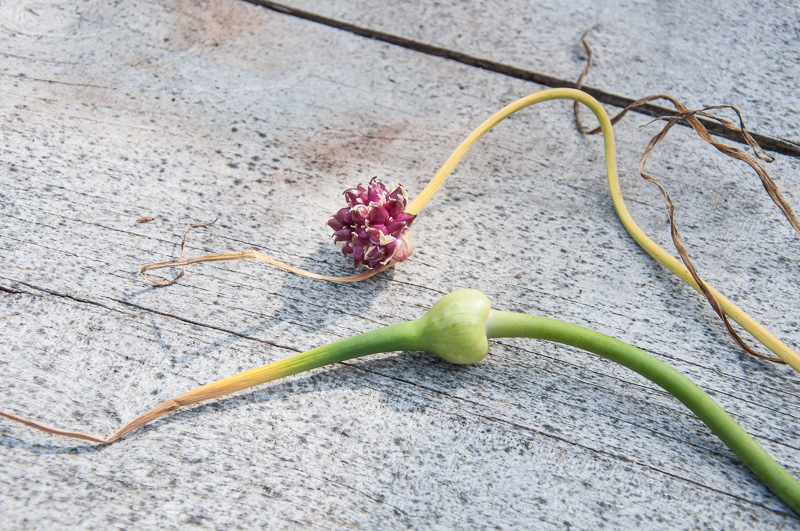 If someone goes on a journey…

During my last trip to Danmark I stayed in a very nice Bed & Breakfast near Holstebro/Jütland. Our host was Björn, who is starting a small farm there. I’ll tell you more about Björn and especially about the farming-concept he is working with, in a separate post.

One of his main plants to grow ist garlic. I am very pleased that Björn wrote down some explaing words so I can share them with you. And for all of you, who are interested in more information, please visit Björn’s Facebook page Seeds and Bees…

„…Garlic produces bulbils, which is not „true“ seed, its a clone of the mother plant, produced asexually, that is not with the typical seed formation of male and female plants. Garlic can produce true seed, but it needs to be done in a controlled way, manually and is not done by amateurs.
The bulbils can be planted in the autumn to produce a small single clove called a teardrop the next year. Garlic needs frost or a cold period to activate its regeneration, it will not sprout unless it is subjected to a cold period.
Thus it is planted as bulbils or cloves, about three weeks before the first frost.
In July the next year the teardrops are harvested, and dried and cured and planted again in late october.
The following year they are harvested again in July as small bulbs with cloves. And the process of drying and curing is repeated. The next year they will produce larger bulbs and eventually full sized ones.
The same process is used when planting cloves, the bulbs are dried and cured, popped (separating the bulbs is called popping), and the cloves are planted to produce a bulb, which is harvested in July.
When choosing to grow garlic from bulbils, it is primarily done to develop a stock of garlic that adapts to the local growing conditions. Garlic is a very generous plant once it has adapted but the first couple of years can be frustrating as a number of plants dont survive. The ones that do, harbour the necessary genes and because each bulb or bulbil is a clone of the motherplant, the successive plants will most likely do well, given that the motherplant is a healthy robust plant.
The biggest challenges in West Jutland is the climate, where the winters can be very wet, which is something garlic doesn´t like.
Another local problem has been fusaria fungus, which is airborne. To combat these two problems I have used raised beds, to drain the soil of excess water, and I treat the bulbs to be planted with a mild solution of hydrogen peroxide, and give them wood ashes to give them better resistance to the fusaria.
This year was the first real year where I had a consistent harvest without having too many plants die off. So I am through the biggest obstacle of disease and have developed a variant that can grow out here. …“

The 1st year
The stalk of the garlic plant forms a teardrop-like bud. It’s an umbel of flowers and bulbils. 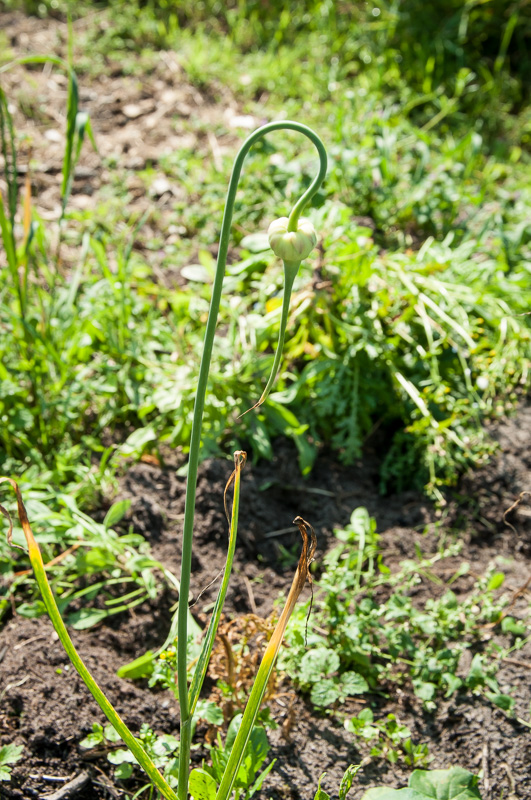 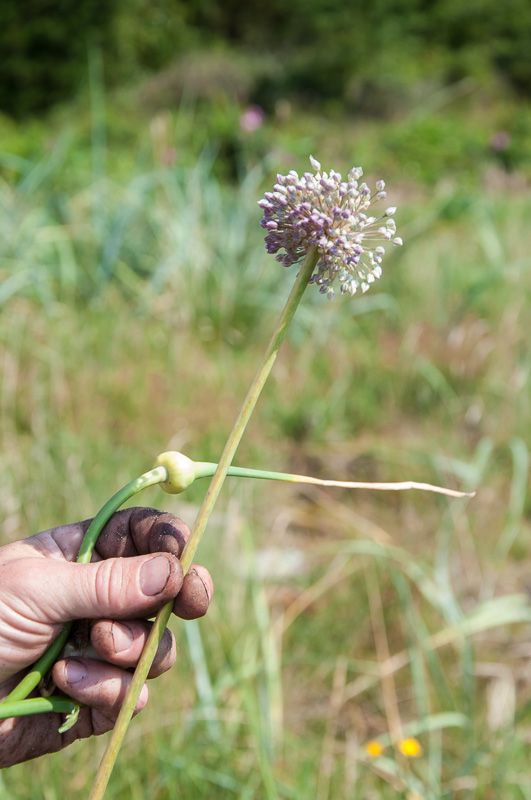 The 2nd year
The garlic bulb you get in that second step is mostly one tight and onion-like clove. Same process as in the 1st year: clean, let dry, if needed separate the cloves., plant them in the next year. 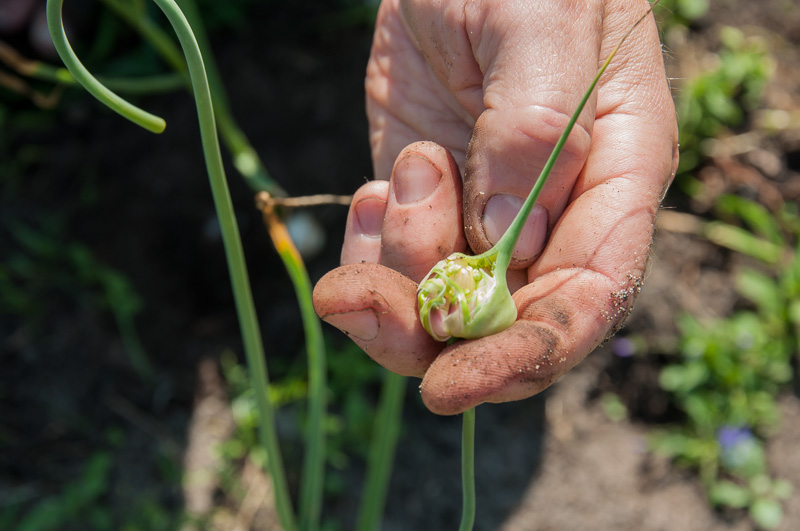 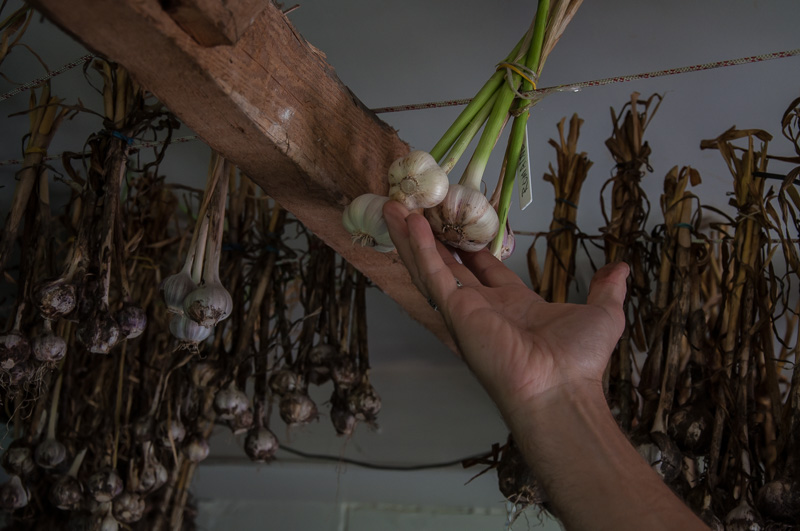 The 3rd year
Third year’s harvest will then be garlic bulbs with decent  sized cloves. You can see some „elephants“ on Björns Facebook page „Seeds and Bees„.